Bible Study: The Book of Daniel 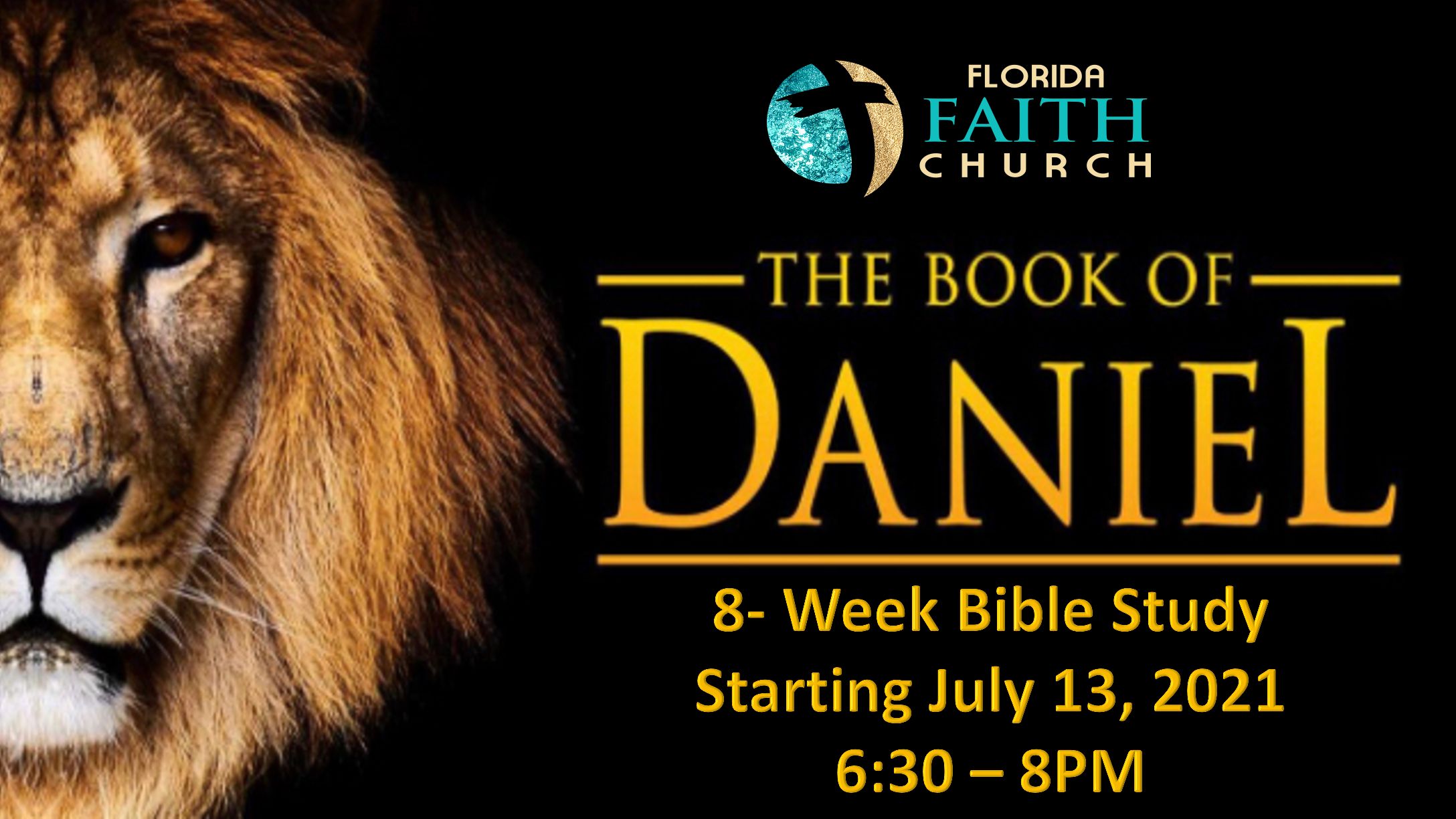 Join us for a study of The Book of Daniel. This group is open to everyone that is interested in taking a deeper diving into Biblical Scripture. Whether you are a new Christian or a Biblical Scholar, this is a wonderful study that will bring you closer to God. Daniel is one of the great profits of the Old Testament era.

Who wrote the book?
Named after its writer, Daniel’s book is a product of his time in Babylon as a Jewish exile from Israel. While still a young man, Daniel travelled to Babylon with a group of young Israelite nobles, men of promise whom the conquering power felt could be of use in service (Daniel 1:3–4). Once Daniel arrived, the leadership in Babylon renamed him Belteshazzar in an effort to more closely identify him with his new home (1:7). Daniel lived there throughout the Jews’ seventy-year captivity (1:21; 9:2), eventually rising to become one of only three administrators over the provincial governors throughout the kingdom (6:1).

Daniel recorded his experiences and prophecies for the Jewish exiles during his time in the Babylonian capital, where his service to the king gave him privileged access to the highest levels of society. His faithful service to the Lord in a land and culture not his own makes him unique among almost all the people of Scripture—Daniel stands as one of the only major figures in the Bible to produce a completely positive record of his actions.
Where are we?

The Babylonians exiled the group containing Daniel and his three friends—best known by their Babylonian names, Shadrach, Meshach, and Abed-nego—to the cultural center of the their empire, the city of Babylon, in 605 BC. This move was part of the first of three deportations (605, 597, and 586 BC) carried out by the Babylonians in Israel after they subdued Jerusalem and the unfaithful King Jehoiakim (2 Kings 23:36–24:2). The teenaged Daniel found himself in the midst of a strongly polytheistic religious culture, meaning he had ample opportunities to fall into error. However, he stood firm in his faith among the Babylonian people on several significant matters—including dietary regulations and worship practices (Daniel 1:8–16; 6:6–12).
Why is Daniel so important?

Daniel is one of the few Bible books that takes place during a period of judgment (many books foretell it and a few look back on it) and in a foreign nation. Whether it’s in the contrast between the culture’s idol worship and Daniel’s faithful purity or in the account of the arrogant Nebuchadnezzar and his humbling encounter with God, the pagan backdrop in Daniel makes the Lord’s power shine through in a magnificent and majestic way that stands out in Scripture. The book of Daniel makes it clear that the true God is the supreme ruler over heaven and earth (Daniel 4:17), even when all seems lost and the consequences of sin seem overwhelming.